Skip to Main ContentSkip to Footer 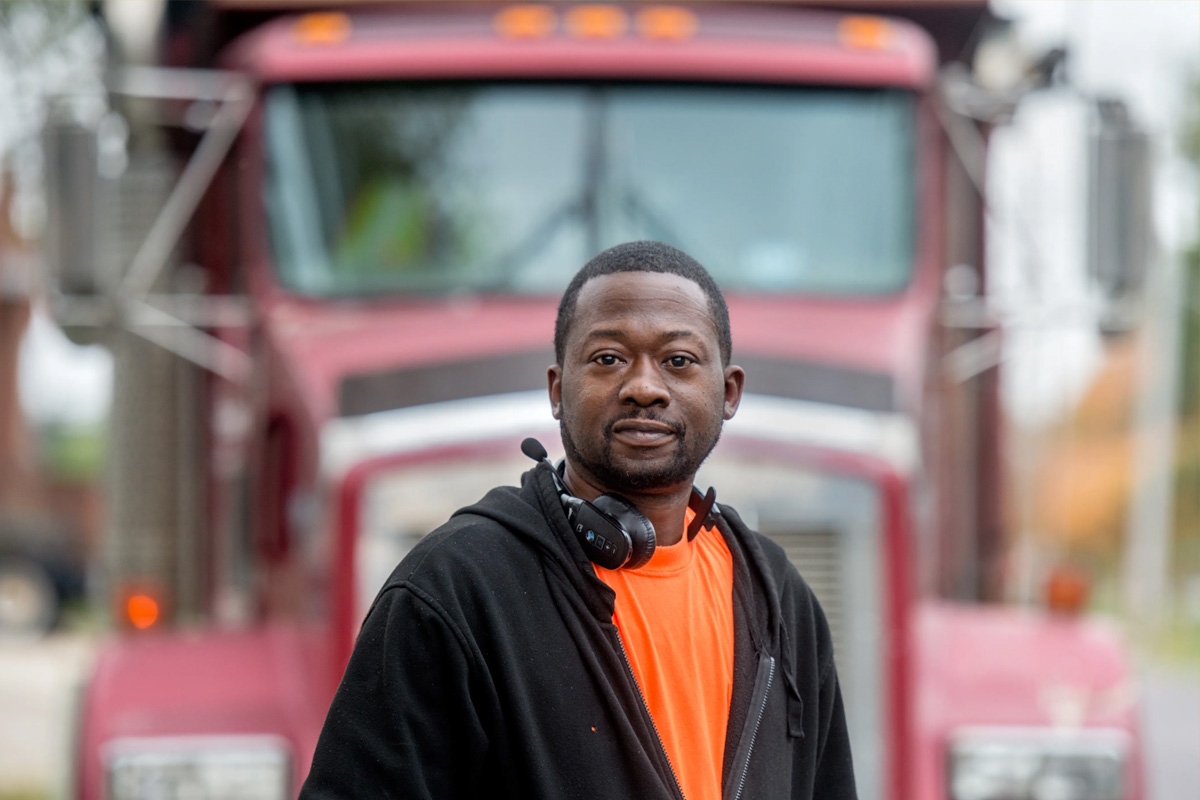 Little Robert Early had a simple dream: he wanted to grow up to drive a truck.

But, amid multiple difficulties that stretched beyond household poverty, Early fell in with a bad crowd of peers, themselves a product of a system that plagues Peoria and the rest of America. With no father figure, solid guidance or much hope, Early thought less about following his dream than making an easy buck. So, as high school classmates walked through graduation, Robert Early sat inside the Peoria County Jail.

“I messed my life up, out on the streets, choosing the wrong lifestyle.”

Missed opportunities then led to more missed opportunities. His early failures —and he blames them on no one but himself —meant he felt the full brunt of institutional racism that often holds young Black men behind. He received little encouragement or direction for continued education or training. He was spinning his wheels for decades because everyone assumed he would simply stay where he was.

His meandering journey began in 1975. Early’s mom left Mississippi, taking the 2-year-old and leaving his father behind. They landed in Peoria, where he would be raised by his stepfather. At age 7, he went to Texas to visit an uncle, who drove a rig. Early was impressed by the notion of getting paid to rumble along the open road.

But he took a path that veered away from his dream. When he was 14, his stepdad died, leaving him with no male role model, just like his friends.

“That’s why a lot of kids turn to that (gang) bond,” Early says. “ … I became a street kid, in gangs, getting in trouble and trying to sell drugs.”

He didn’t get to graduate with the rest of his class at Peoria High School because he was in jail. But he used that time to study for his GED.

Despite that step forward, he didn’t go far. He didn’t even think of higher education.

“That wasn’t talked to us about,” he says. “It wasn’t a big thing to do. You grow up and no one in your family goes to college. You don’t know about going to college.”

For years he struggled along, working here and there, often at factories for minimum wage.

“That was most of my life, just trying to survive and make ends meet,” he says.

“Our local problems compare to what we’re experiencing nationwide,” she says.

The consequences manifest themselves early.

Instability in an impoverished environment, such as a preponderance of crime and a lack of safety, can distract from learning. Those and other reasons can result in racial achievement gaps.

The lack of educational attainment for Black fathers and mothers is perpetuated in black sons and daughters who don’t have a role model who has achieved in that realm. It is a difficult cycle to break.

According to the Southern Illinoisan and the Illinois Board of Higher Education, the most recent graduating class of Illinois high school seniors was 15.4% Black, 24.4% Latino and 51.6% white. Yet in Advanced Placement courses — high school classes that give college credits — white and Latino students were participants proportional to their graduating class, while Black students made up only 9% of AP students.

In dual enrollment courses — college courses that high schoolers can take to receive credit at community colleges or equivalent institutions — both Black and Latino students were heavily underrepresented, making up 9.2% and 17.7% of participants, respectively. White students were nearly 65%.

For those who apply, college-entrance exams often put them behind. Though the testing system seems fair — facts are just facts — not all teens have equal footing to do their best. For instance, their household might not have enough money to hire a tutor or buy study materials, or to provide transportation to test-prep courses.

“Their trajectory, all these things come together to impact someone’s life,” Ali says.

Institutional racism is evident in funding cutbacks, she says. Decades ago, many at-risk teens in Peoria got their first job through summer youth programs, otherwise known as “earn and learn.” In the morning, participants would take classes, often in reading and math, then in the afternoon work at not-for-profits, often hospitals and other service groups. That way, they’d not only make money, but begin networking for jobs after high school and beyond.

“A lot of African Americans can say their first job came from summer youth programs,” says Ali, herself a participant. “They still brag about the experience.”But those would be older Peorians. Starting about 20 years ago, the federal government started cutting funding for such programs. Participation, once about 800 Peoria teens each summer, is now down to about 20, Ali says. That means hundreds of Peoria teens no longer get a chance at connections that push past systemic racism.

“They don’t believe it exists or they’re not impacted,” she says. “… That ‘pull yourself up by the bootstraps’? That’s hard to do if you’re in poverty.”

For instance, it’s hard to study if you can’t find a quiet space, especially if you’re trying to learn while raising kids. Why not just go to another room?

The solutions then have to be collaborative. Once there’s a recognition that an array of factors contribute to holding young Black men and woman back, a variety of community organizations can come together to begin to address the root problems and the symptoms.

For instance, Illinois Central College is working to blast away barriers that keep underrepresented students from continued education and better jobs. A key thrust comes via the state’s Workforce Equity career-training Initiative, which began in fiscal year 2020 as an $18.7 million career-training effort across 15 community colleges.

The need is particularly acute in Peoria to train people for careers in high-demand fields, including health care, manufacturing, information-technology, education and business services. The need is higher still in Black communities, where the unemployment rate is nearly double the statewide rate – meaning a greater need to get people into jobs with family-supporting wages. The program includes not only tuition waivers but also pay stipends.

With opportunities being created in college, community groups also are getting involved in multiple support roles: mentoring; help with job retention; assistance with food, shelter and transportation, even spiritual guidance.

The needs are often simple but critical: for instance, churches have opened up their doors to allow students quiet study spaces.

“We need to find a new way to provide wraparound services,” Quirk-Bailey says.

“The role of education can’t be just to take good care of people who show up. We have to help people who can’t show up.”

The program has sparked great interest at the school. In the first wave of the Workforce Equity Initiative, in fiscal year 2020, 853 individuals applied for the 184 career-training slots. Of these, 569 were Black and 42 were Hispanic.This fall, Workforce Equity Initiative drew 160 new students, including 130 Black people. The average wage for all employed completers is $16.31 an hour, which is higher than the $14.75 regional living wage, according to ICC. Companies that hire program grads may be eligible for state tax credits.

More information about Illinois Central College’s Workforce Equity Initiative is available at (309) 690-7600 or staging.icc.edu/wei. The webpage also allows visitors to examine their interests and apply to the program.

Although the programs are relatively young, Ali expects to see success as the school evaluates developments over time. Plus, she believes there will be a boost in what she calls the community’s “regional economic viability”: as grads succeed, their households thrive and their children see positive modeling – all in all, a fight against systemic racism.

One of those lives is Robert Early’s. In the fall of 2019, Early had seen enough of meager paychecks from factories. He decided to better himself, for the sake of his girlfriend and his three children, ages 6, 11 and 19.

That November, Robert Early was accepted in Workforce Equity Initiative as part of the school’s Truck Driver Training Program to get his Commercial Driver’s License. The concentrated program lasted four weeks, during which time he not only paid no tuition but earned $10 a hour. If not for that stipend, he could not have left his factory job to go through a month of training.

He graduated in December, his childhood dream finally realized. He now works for a Peoria-based trucking company, delivering construction materials in Peoria and Tazewell counties.

“Things are great,” he says with a smile. “I’m stable and working. I can do things for my kids. To take care of your family and do what you need to do, that’s wonderful.”

He said he might go back to ICC someday to continue his education. But for now, he plans to keep driving so he can save money and someday buy his own truck.

Learn about the Workforce Equity Initiative